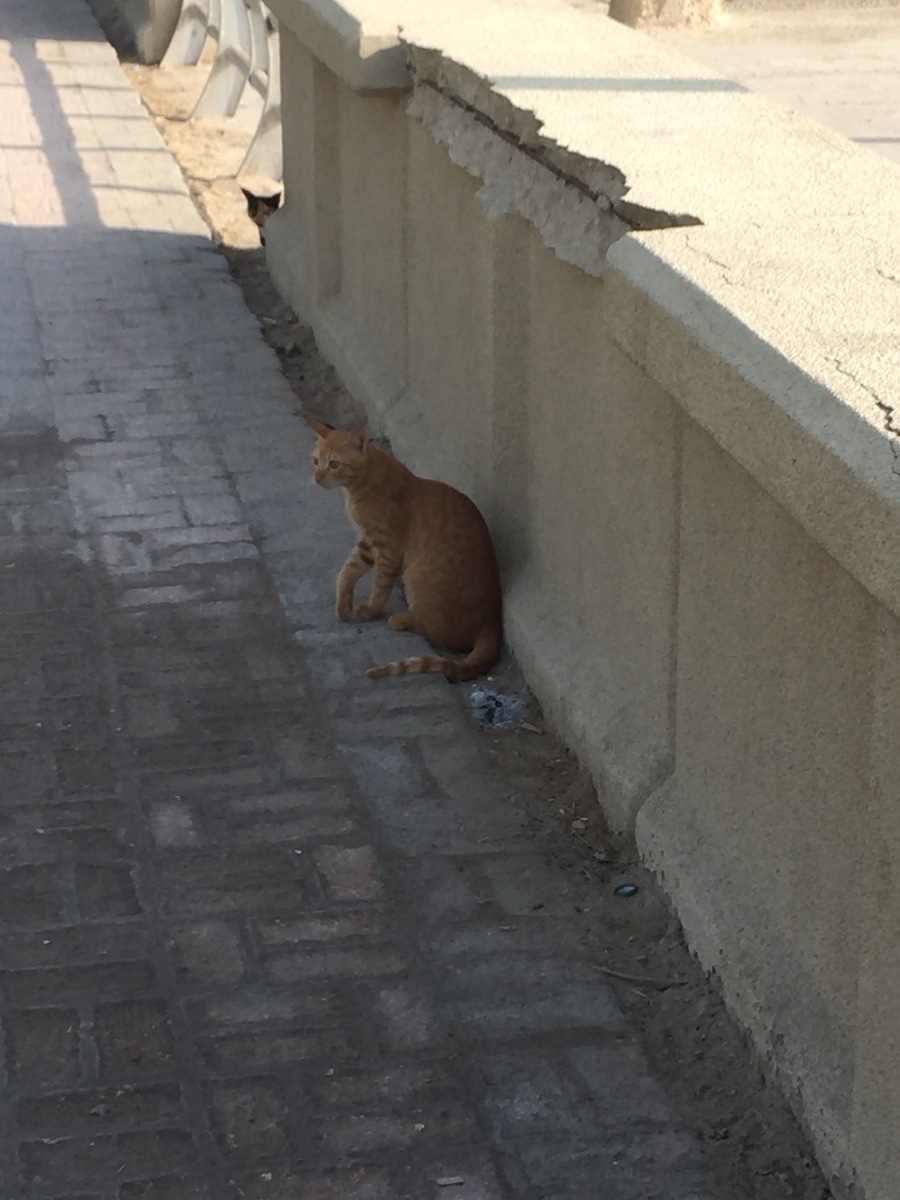 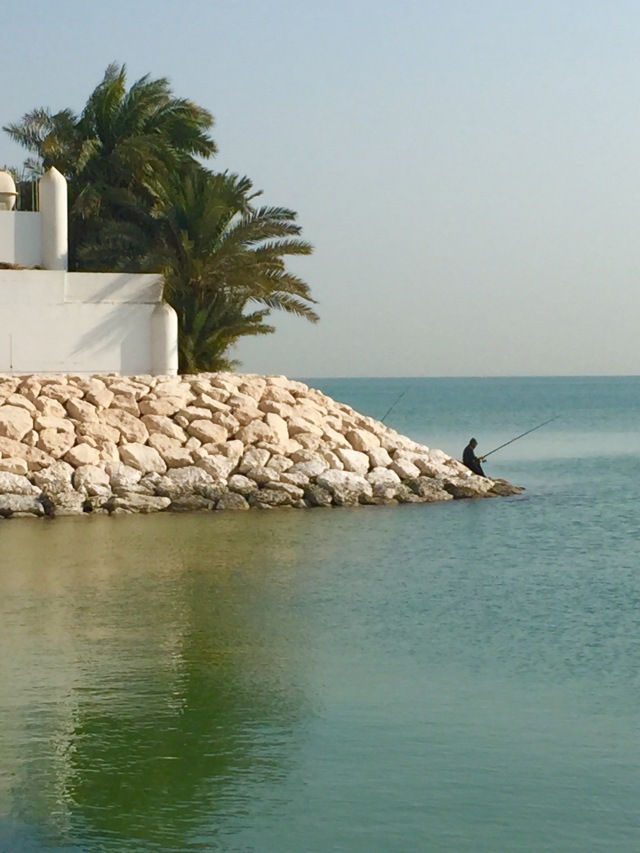 Mostly little bream get caught on days like this. Days when it’s down from the 55c in August and getting on to only 36c. Bright like a star the sun shines down through the salty haze of the gulf.

The fishermen are covered head to toe with woollen balaclavas and jeans as a kind of heat shield for the morning.

The prawn bait is cut and skewered onto small hooks on a side line up from the large sinker. Shallow ripple water stretches out as far as you can see – sometimes through to the lights of Bahrain on the other side. The rod whips over head and the cast reaches out about 40 meters. It’s heavy enough to provide some tension on the line but ok for a little bream to nibble around and take the bait.

But it’s not all about the fisherman or woman since generally only the women wear black but then everything else so bright it may not actually be black.

No there is the reflection and static nature of time. The scene could have been shot for 10minutes with almost no change. Waiting for the fish to bite.

I couldn’t wait – a shore kitten skittish on the rocks took this opportunity to jump up on the Seawall and snaffle the hits of shrimp left lying around.  He saw me and scampered off to the cooler shade of the wall.