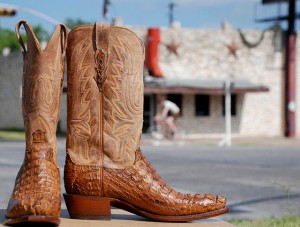 Ferodo had travelled too, and his heart had gone with him, together the two of them both, person and heart along the way, had flown global streaks across the blue sky oceans below them. Landing in cities unknown and hotels of shine and polish.  For Ferodo his life in other cities was cool and well planned.  He really had only experienced the unexpected greatly in India, in Mumbai, in Delhi, his naivety was equally as great as the crowds and his heart would skip beats with each unknowing happening in the dust of the streets around.

But what synchronised his mind eventually, was the rhythm of the sounds, a Hindi wedding with it’s blaring trumpets, the crowd shouting and the sound coming in waves, listening to that was like listening to the mighty Narmada river, and shouting over the top, until his heart got that rhythm spirit inside, and his blood too became river like inside flowing that way in tune with the raga’s of it all.

And so he ventured out into the streets, the houses and places the nagars of indian cities in the pink and black dusts of Rajastan and Delhi, and into the places and forts of empire and had found his way around walking and being through the crowd that way.  In walking in crowds he found he became invisible to the throngs only when he slowed his walk to their rhythm.  Too slow, he was not going anywhere, and was a distraction, too fast like a westerner, he was a foreigner with no heart for the place.  He found he had to walk slower and more measured, like time was not of the essence, but a determination was still there, not like he had no where to go, but like where he had to go would still be there when he got there.  He had found with his western speed, that people hurried to places, as if it would not be there in the end, or they had to get there first in case of others.

His cloak of invisibility, of synchronism, of rhythm then were his boots.  Even though he had got them in San Antonio, on a whim of a visit, and not understanding why really, he had found them useful in India, in the cold of winter and had taken a liking to walking around cities world wide in these strange boots of Texas.

And now he was in Sydney, here with his girlfriend, wearing them, the strange boots of Texas.  He found now that the boots captured memory, of the places he had been, he only had to look down at them, and he could recall the places, like photographs, shining out of the polished facets of the boots, and his heart would re-synchronize with his mind and feet, and he would feel ok.  Sipping coffee by the opera house steps, his girlfriend taking snaps, and as she did, each click of the shutter would trigger another snap of the magic Texan boots he had on, complete with their Rajastan dust and his heart complete with a kind of rhythm of love for the place of song and concert, the dust of places he had been, and his girlfriend close by in his walkabout.