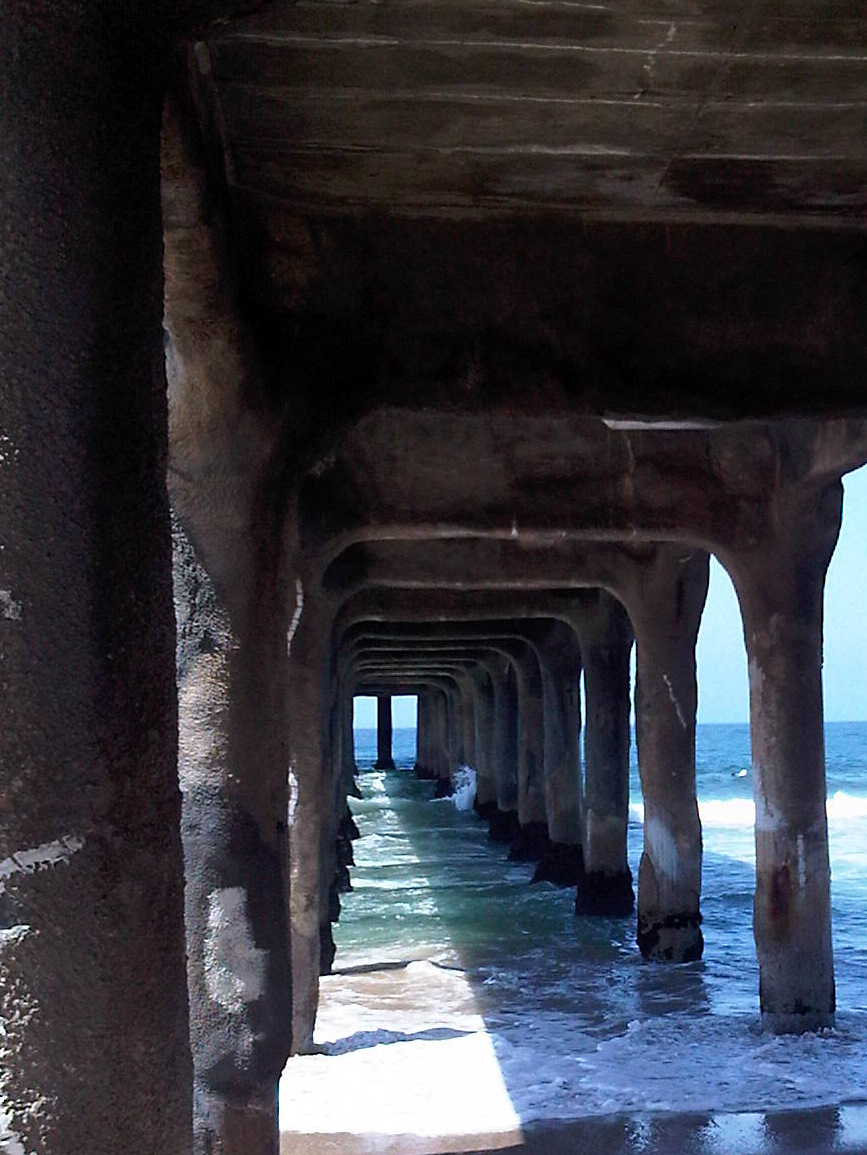 But darling said Ferodo, I can’t get home before the end of the world.  I am on a beach stuck out here and I cannot get a flight back. I can’t even get out of the lobby door here.

Never mind about the end of the world, it can’t happen said Helen.  Did you know that elephants are evolving to have no tusks ? she asked.

No, but you don’t understand, this wasn’t mean to be a beach ! OK seahorse hotel, but last time I was here, there wasn’t any beach, and no waves. I have sand filling up the corridor to the main hotel doors , and I can’t get out..its all wet.  There WAS an earthquake, didn’t you see that.. it was on the news.

“No here it has been raining, and I haven’t seen any news about that” she said.  You are not meant to be coming home for another week.

There is no other week he said, this is it, last day, last hour. Last hour got it.  and I can’t even get out of the lobby to the street.

There had been something serious happen to the whole hotel.  The walls had dissappeared and he could straight through the sides and the whole lobby corridor had tilted down toward the street.  He’d been in the bar and must’ve fallen asleep over a few beers.  Harpoon it has to be said is a nice beer Ferodo.  The street had disappeared and he could see blue bright strong sunshine coming in at the sides.  His favourite hotel, the Seahorse hotel was basically evaporating in his mind was a total surrealisation of the world and his world view felt zoomy and jetlagged. At midnight the night before the news had been all about the rapture, some kind of Thessalonik event, and life had suddenly got real complex and quiet.  The phone’s still worked, he was on one.. but his wife down in the southern hemisphere seemed to have absolutely no clue.

There was a noise, it was related to the wind, and wide waves were coming in, and laying sand all over the place.  He had managed to scramble up to a dry place to make the call.. he felt sure that with no walls, and when the sun went down in the west, it would get cold and windy, and what about the ocean, and what about the walls ?

He guessed his wife had a right to be concerned that elephants were evolving without tusks, and natural selection had meant elephants with tusks got killed off for their tusks. Any luck they would just develop tusks later in life and they would be shorter, so no one would kill them.

He didn’t know and couldn’t answer.  He said “bye darling – God bless” and put the phone down.

Things settled a bit, but he had noticed that it had started to smell, a lot like Kerala in India, like elephants, and the walls and roof of the hotel lobby had turned into an elephant. The whole fabric of the hotel became like elephants legs with no tusks.  The waves rushing up from time to time between them, and he felt at peace, almost as if nature and man and his abode were evolving in a wave of change, so rapid and strong and secure it felt like rapture, down there at the Seahorse Hotel.