The color of writhium is a light titanium grey  – the new new surface of the electric skin of the world. Each day more edges add to clouds of big data rumbling around in dark halls with blinking lights. The mistakes I’ve made and the memories mislaid. I know where to find them if I’m that keen. But the map of the surface is just writhium.

Could anyone care that it rains,

or left behind in the writhium brain.

Grey like it’s skin it is, wrinkled and stained

with the things we all desire to get

we ever want to forget…

and the wrinkles un-hide

on the wrinkle water tide

and fills the our sea of memories

we feel sad with what we had lost

and happy with things we’ve re-found

the joys of our living create unbound 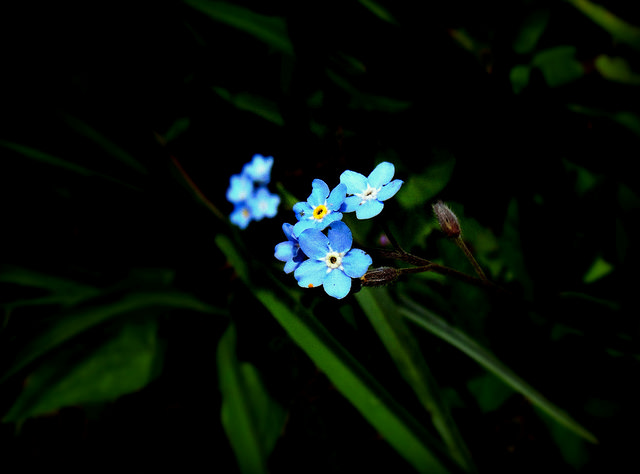 Alice was back in my house again after seven long years. She’d arrived just the last week on the doorstep, looking older and hoping I’d be able to rejoin our fractured lives again. So far I’d let her in but we hadn’t really connected.

We’d been parted abruptly, we lost each other suddenly like when a glacier finally cracks after years as a moraine and melts and falls into the sea. I’d gone first, melted by a sudden change in the weather and left her behind still frozen the status quo of life we’d become. Sure I loved her, but having melted away, I could not go back. Try as I might, I could not remember or feel the same things or go back in time.

So it went on like that. In the first year of our fracture I’d been to Japan and saturated myself in Saki, Sushi and to recover, climbed the slopes of Mt Fuji. Every day I’d look for a dose of exotica to help cover over the memories of the life I’d given up. I went to India and up and down streets with crowds of Hindu at holi festivals, but never once to temple.  Which I probably should have. Still I’d been faithful to her and I knew eventually we had to get back together.  It was just a question of time perhaps.

Having melted into the ocean of possibility, knowledge and experience, I’d lost my structure and purpose.  I couldn’t get Alice back or my life for that matter. Even the travel, although refreshing didn’t put it all back together. As the years went by it became easier, but colder and more distant, even from myself. Anyway, here I was in my fairly comfortable home and Alice had found me somehow, yet so far I hadn’t really found her.

I opened the door to get some fresh air.  It was dark out but I needed to walk. Down the path a little and around toward little creek at the back of the property. Flowers seem to have a glow and brightness as the sun retreats for the night.  In the evening under stars flickering their petals glow softly but defiantly against the surrounding dark.  Dark full of sounds of frogs and moving things but still with the chill of the night air. There the flowers stood bravely against the darkness, and the star centered scented flowers shone quietly into my mind. I hadn’t forgotten her, I’d missed her badly, but she that I missed was not the one that I’d left. But there was music there, that uncanny Dido’s Lament came to mind.  Where Dido laments that she be remembered, but not for the way she left the world.

I turned then to go back to the house with that lament by Purcell running through that blue petals image in my mind.

but ah ah forget my fate,

remember me but ah..

How sad would that be, I thought, that if only we were parted forever, that I should forget her fate. We really must try to find it again. The lights were on and I slid the door open and stepped inside and still there was Alice, looking carefully at my face … smiling…hopefully.

Last week I was running around like crazy, trying to get stuff done. So many things on at the same time, including organising things for work, managing builders at the house and my dear dad’s birthday. God bless him, he turned 95 and still in pretty good shape, but his memory had definitely been going or fading recently and I’d been out there to his flat quite a bit. Anyway I should have thought of it before, getting him a cake, some things to take around to his flat for instance.  In the end I forgot the time and was late when i finally went over there. Even though I’d knocked on the door, he didn’t respond so using my own key, went in, and there he was, had gone to sleep in that hot afternoon, storms and things, with the cricket game still on the TV. Some days things just don’t go right.  I didn’t wake him up,but put the cake on the table with some flowers I’d picked up. Nice mix of tulips, to remind him of the old days.

“Hello John, you there son”

“What do you mean, Alice Springs, how on earth did you get to Alice, out there in the middle of nowhere.”

“Well… I really don’t know. Didn’t you bring me here …? It’s just too hot…. to stay here. They have air conditioning,… but it doesn’t …work”

“No… I didn’t take you to Alice Springs dad…. Who are you with then ?”

Where are you then ?”

“Dad, I’m in Sydney.  I never drove you to Alice Springs.  It’s too bloody far anyway, why would i do that ?.. Besides, you can’t possibly be in Alice Springs, you couldn’t catch a flight and there’s no way you can drive there and you’re birthday was last week” – I said

“I don’t know how I got here, but I’m here now and I need to get back.” said dad, getting a bit louder.

Mate, how did he get to Alice Springs, I’m wondering.  I look at the phone, it says “DAD” and the number of the call is right.  He must have his phone with him.  Who would have taken him to Alice  ? The idea was crazy.

“Anyway” dad continued, “at least Connie remembered my birthday, which is more than I can say for you !!”

The phone was quiet for a bit.

“Dad, I’m sorry about your birthday, yes I did forget..” I said, feeling a bit like well, actually I hadn’t forgotten, but then he had been asleep at the time.

“What kind of flowers did Connie get you ?”

“Well she got me a nice chocolate cake !. I don’t know who got the flowers.  A bunch of tulips.” he said

Ok.. then he thinks he is in Alice Springs with Connie, but actually he is in Sydney in his flat. Perfect.  I got in the car and drove round to the flat, kept the phone on handsfree. I’ve never seen people buy tulips in Alice Springs, and it was no doubt the chocolate cake I’d taken around to his flat last week and more significantly Connie had died quite some time back.

“Dad, I’m coming around to see you”  I’ll pick you up in my car and take you back home.

“OK Son.  At least that’ll be something.. forgetting my birthday.”

It’s strange, I had to smile to myself at least, each of us now comfortable in our own imagined world.  I knowing that he was in Sydney, and he, knowing that It was no problem for me to drive the 2700 kilometers through to the red center in the middle of nowhere – Alice Springs.  Whereas I said I’d be round in 10 minutes, it would’ve actually taken 30 hours of continuous driving.

“Hey Dad, I’ll pick up some beers along the way, we can watch the cricket for a bit before we come home.”

I flicked it off handsfree, knowing I’d be there in around ten. I knocked on the door of his flat, the TV still on, I went in, there was the cake, untouched, and the flowers, open and wilting in the heat. I walked over to the air conditioner, grabbed the control and turned it back on.  That’ll get him back to Sydney I thought, with a smile.

We sat down together, got some beers, and checked the score on the cricket.. for old times sake.

There he was standing their impatiently near his girlfriend, crushed into a forward seat that wasn’t his by the passing passengers.  So easy to leave, so hard to go back.

‘I guess you left it behind, getting my bag down’, she said

I knew exactly what he was hanging back for.  It had to be his, that black vinyl jacket lying on seat 24c, down the back of the plane routing from London to Rome.  We’d just had a rough landing at Fumicino with perhaps some cross wind.  People get stressed getting out of planes and forget stuff.  I remember looking at the jacket and asking a passenger, last one to leave row 24 ‘Is that your’s’.  ‘No it’s not mine!’ she said.  Interesting short comment I thought.

So I passed the guy thinking, ‘thank God you remembered mate’, or was it his girlfriend who reminded him.  Certainly having someone with you helps when you’re packing up coats, phones, ipads, laptops, books and other paraphernalia in a hurry, whil lugging down bags from the overhead bins.  Easy to do… leave something behind.  Wish I had myself, remembered….

Much earlier that same day, I’d been on a different plane, different airline, different row, same coat, phone, jacket, bags etc. Our transatlantic flight landed in Heathrow a bit early with tons of time before having to cross over to Terminal 5.  The plane to Rome was due to leave just before 1pm that day, therefore several hours available.

The stress of Heathrow is manifest, both in passengers and ground staff of all varieties.  The uniform and walkie talkie, the nicely colour coded uniforms, the conveyor belts underground and the seemingly endless maze of escalators, stairs, lifts and corridors.  There’s probably a good reason why there are multi-faith prayer rooms, but I’ve not often been inside and did sometimes wonder from time to time whether anyone actually visited them.  I’m sure eventually though, perhaps Yoga room might be added to de-stress at times of high stress at large international airports.

You know before getting off a plane at Heathrow that there will be queues to get off, get on, get through security, catch a bus, as you travel from Terminal to Terminal.  To help with all that – the signs are colored Purple.  ‘Flight Connections’ in purple all over the place.  Yellow signs for ‘Gates’ etc.

You kind of know before catching that bus to T5 that its a long way off. ‘Better check I have everything’. Coat check, Bag Check, Phone – …… Check, Oh.. they need to see my boarding pass here, to catch the bus, .. bad check.  Boarding pass and passport not found.  Stress alarm.

After check and re-check of numerous pockets and places you haven’t put a passport in for many years, comes a realization that – It has to be on the plane. – the international flight I just left.

Some airports are super easy to backtrack.  Not Heathrow.

which terminal did i land at ?  Which Gate ? … I’ve walked half an hour already through the purple haze of flight connections.  I have to get back there.  I started back up the stairs with my bags where the only escalators were coming downward and now the clock WAS ticking.